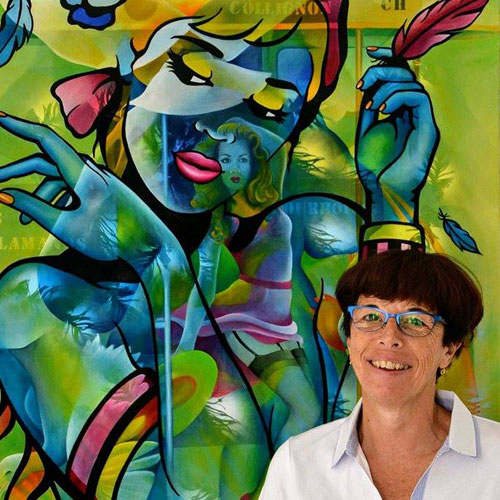 Jeannette Guichard-Bunel was born in 1957 in Cherbourg.

Through her paintings, she wants to tip the viewer into the world of dreams. The artist wants to give a preponderance to sensibility on the reasoning by provoking in the one who looks at the work a vision beyond appearances. She likes to establish with the public an extra-verbal and extra-sensory communication by erasing the barriers of rationalism. Her characters seek to capture the attention of the viewer to try to attract him into a world where time is abolished, where the space is limitless. Through aura colors the visitor crosses the border between reality and dream with only a little bit of poetry.

His figurative style, punctuated with pop art or surrealism, features characters and pets in an anachronistic universe filled with poetry and humor. The drawing is masterful, the subjects are superimposed with a real maestria, as in levitation in a transparency of materials with unreal colors. 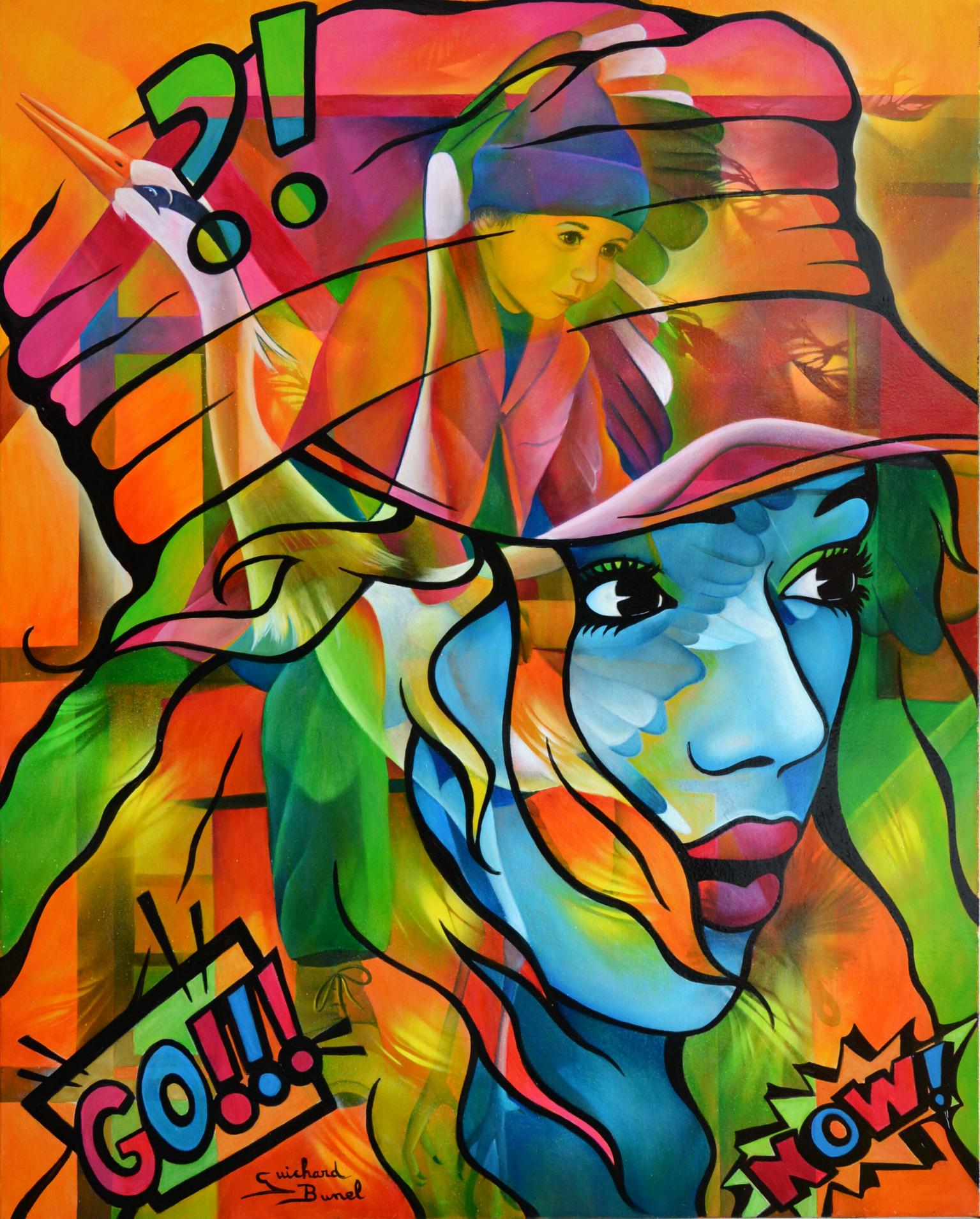 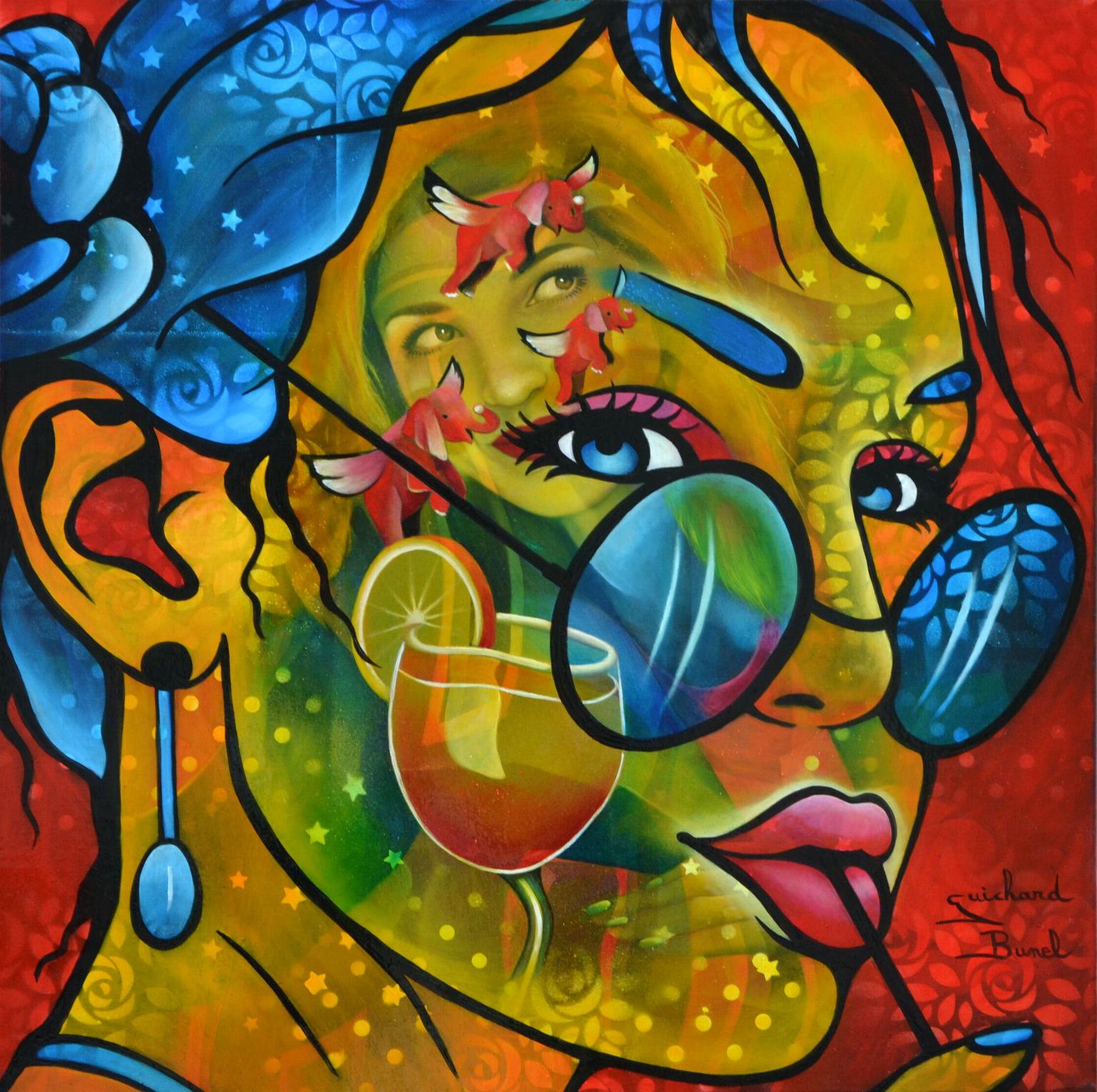 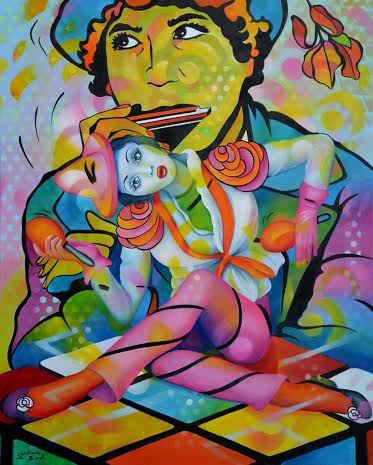 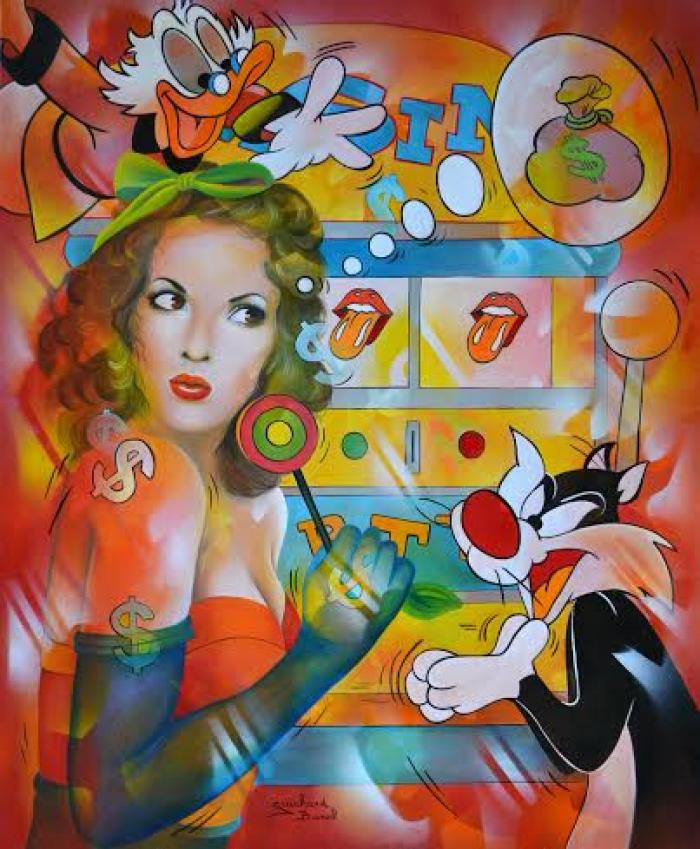 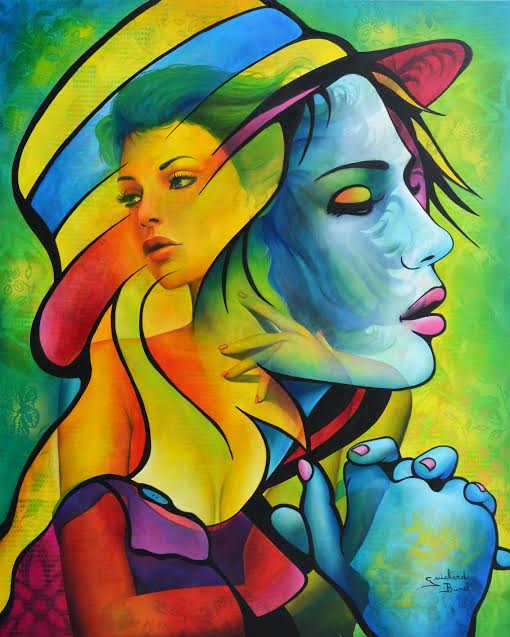 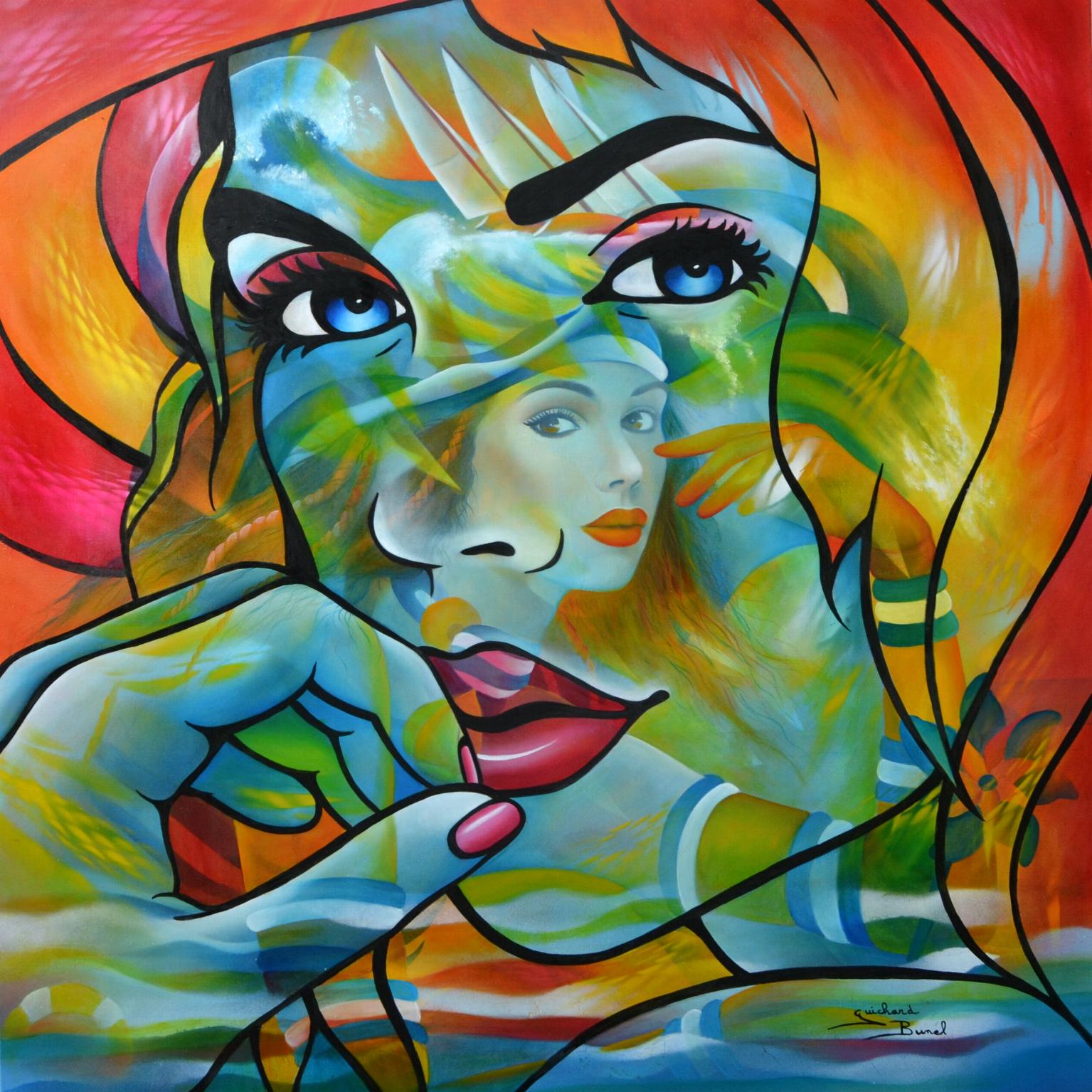 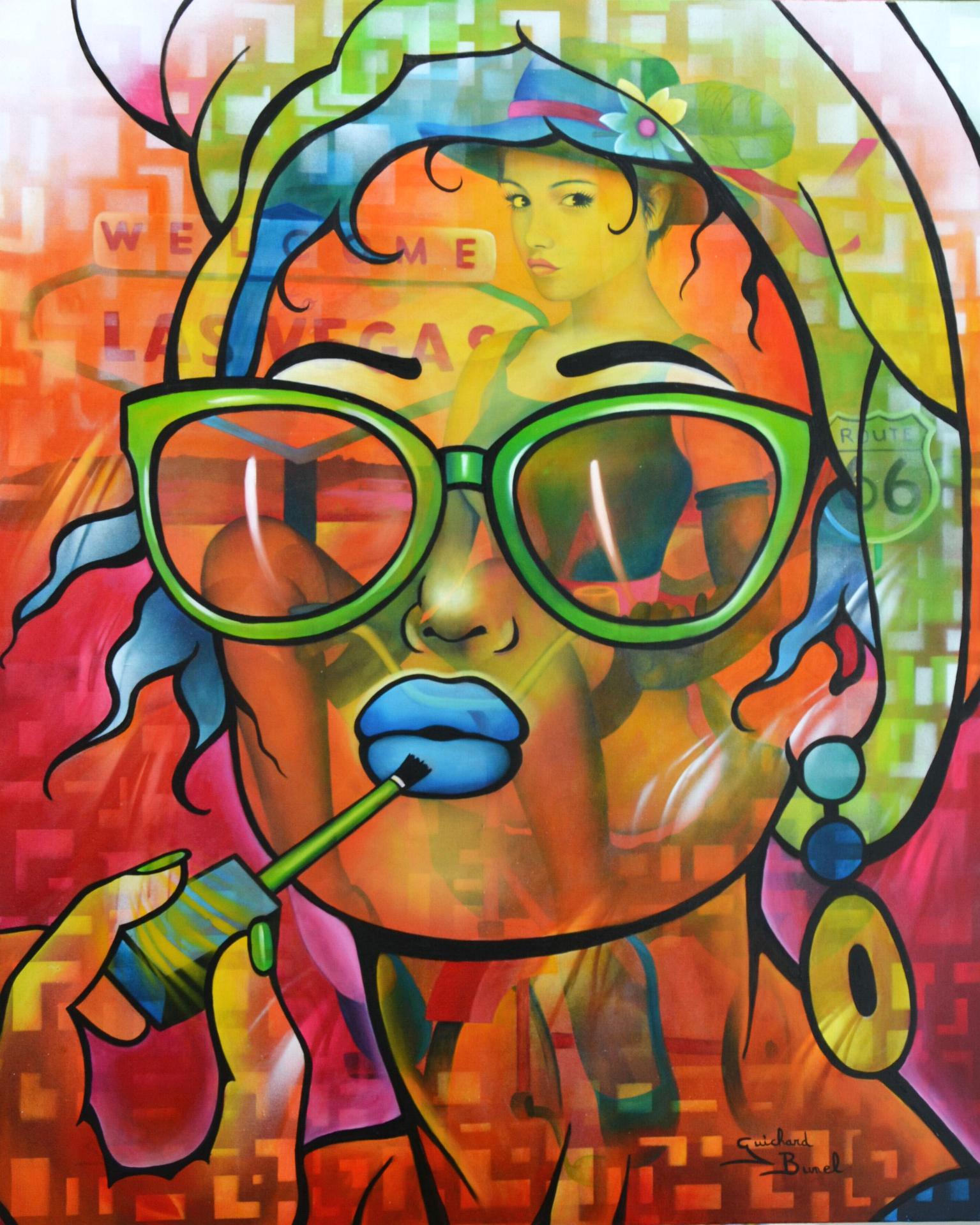 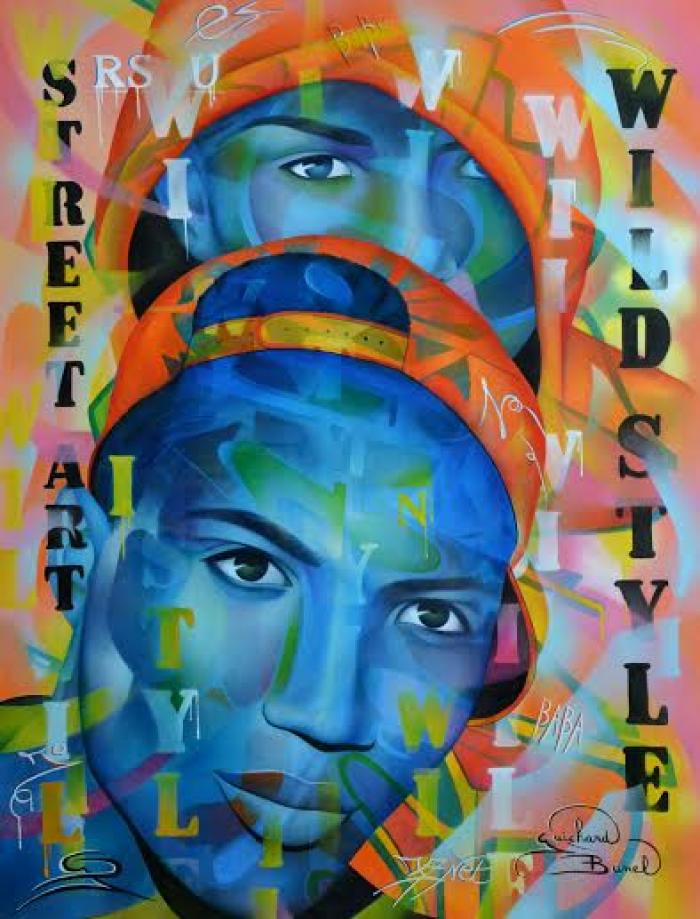 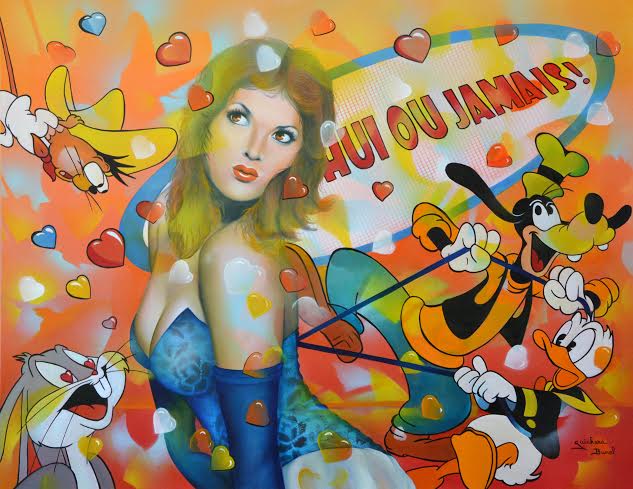 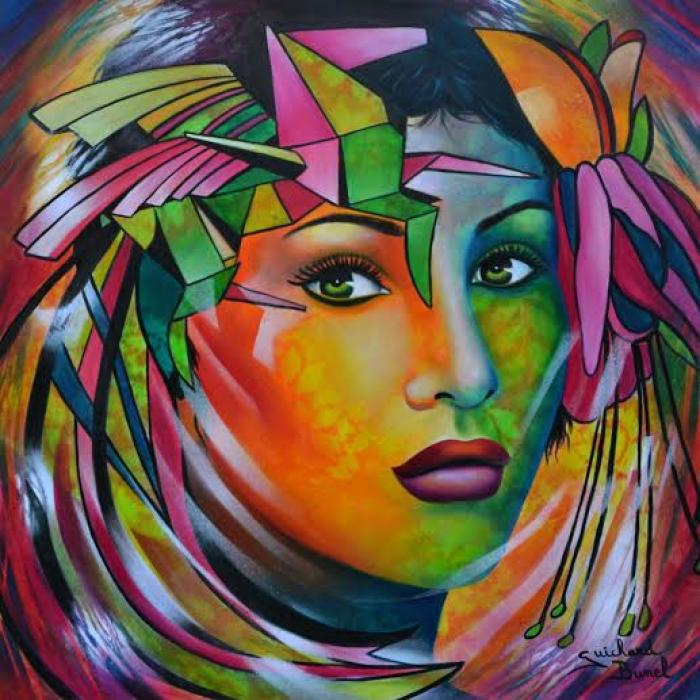 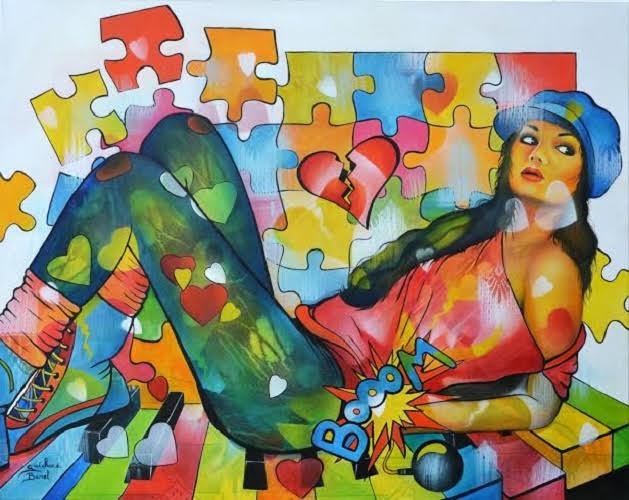 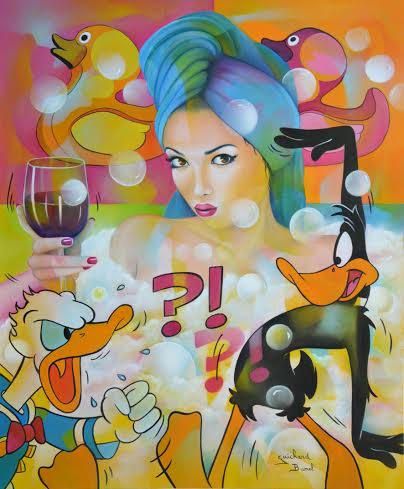