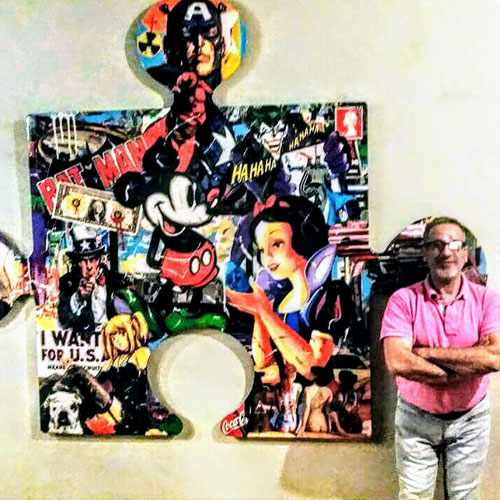 Self-taught, Robert Sgarra was born in 1959 in Grenoble. He lives and works in the south of France. The son of an Italian immigrant, he discovered painting at age 13 and never ceased to explore multiple artistic fields. Fascinated by all forms of art, he is inspired by Picasso, De Staël, Braque and Matisse for painting, but also Leonardo da Vinci and Caesar for sculpture.

This creative insatiable, both sculptor and painter, has a wide mastered technique in the service of a flamboyant inspiration. Generous in his pictorial expression, imaginative in his sculptures, Sgarra can confuse certain purists as his work is in turn dazzling, posed, unexpected or more classical.

Sorcerer of the material and unclassifiable painter, Sgarra revisits the pop'art and the ardent colorist Fauve in creative and daring works. The artist varies forms and colors, according to his mood and his humor, always animated by the same passion. In the 90s, he made collages and acrylics on stone for personalities such as: Zidane, Luis Fernandez, Partick Viera, Baresi, Karpov, Pinna, etc ... He explores a few years later other media such as aluminum . His work is then anchored in Pop Art and Street Art.

1999: Grand Prize and Gold Medal for a sculpture in San Remo

2005: Sgarra realizes cubism, the famous "chess game" of the two world champions; Karpov and Etienne Bacrot ,,,, The Palais des Festivals of Cannes will live for a week, at the rhythm of the six parts, closed by the presentation of the trophies signed ,, robert Sgarra ,,,

2009: He will even create a new range of color and paint on "bag in box" (sort of cubi wine), for Ardéchois winemakers.

2012: St Tropez celebrates fifty years of Papagayo, part of the new decor is signed Sgarra. Its facade with its two giant parrots, welcome you with two meters fifty metal. Inside, a black and white pop art of ten meters, takes you around the stairs, and wraps itself on the columns of the mythical box. Bardot Barcley have been immortalized by Sgarra, this adventure, will give birth to a great friendship, the king of the nights Saint Franklin ... a genius in contemporary art Robert Sgarra. 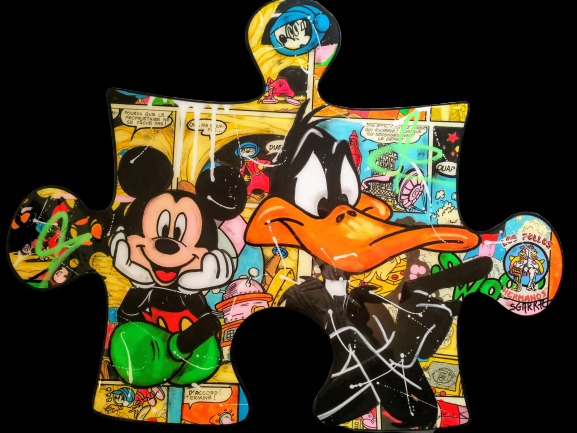 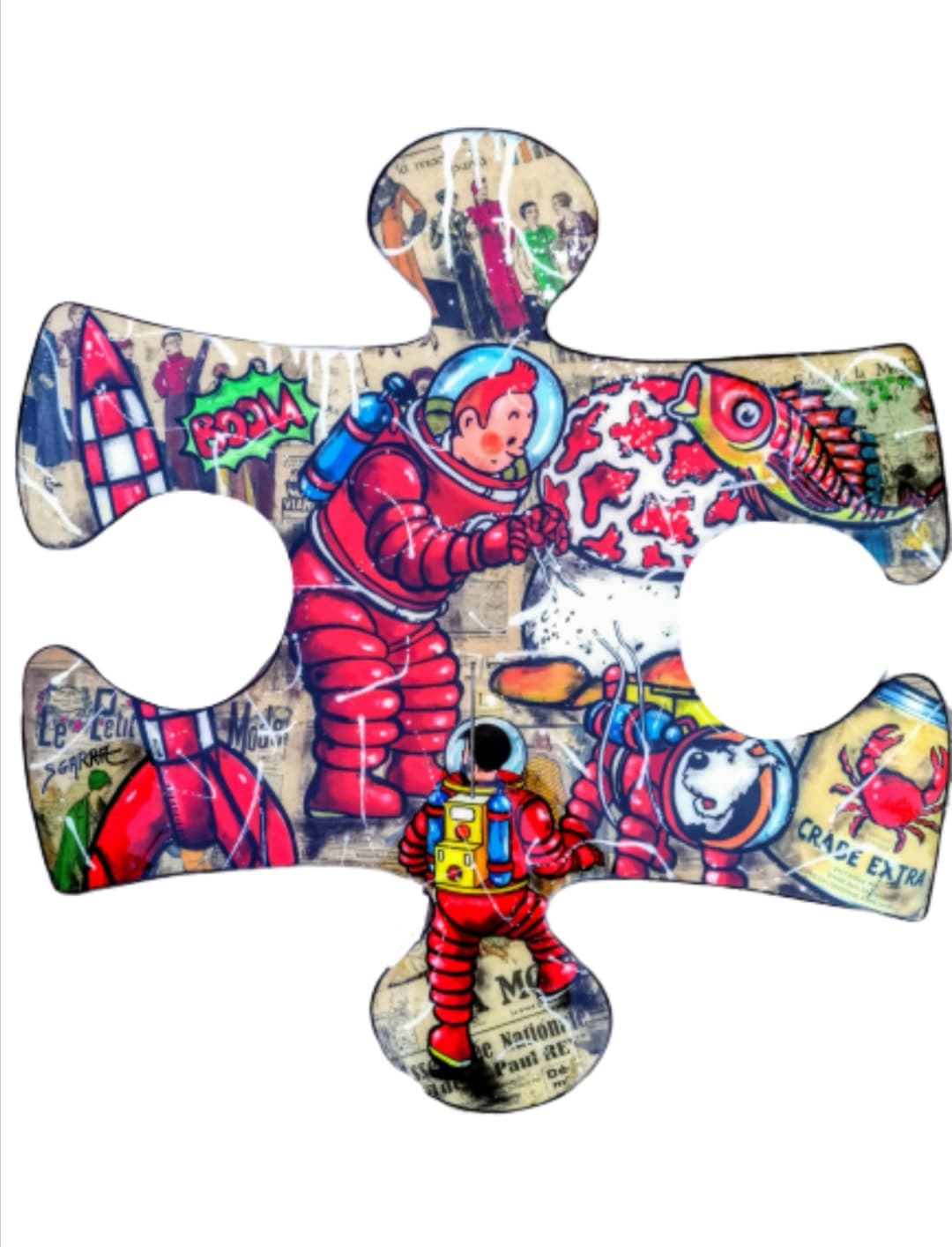 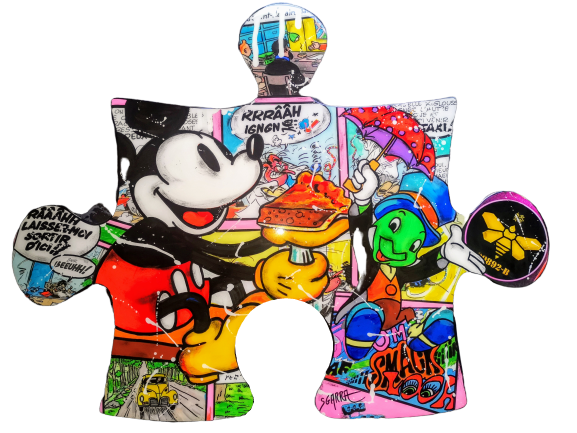 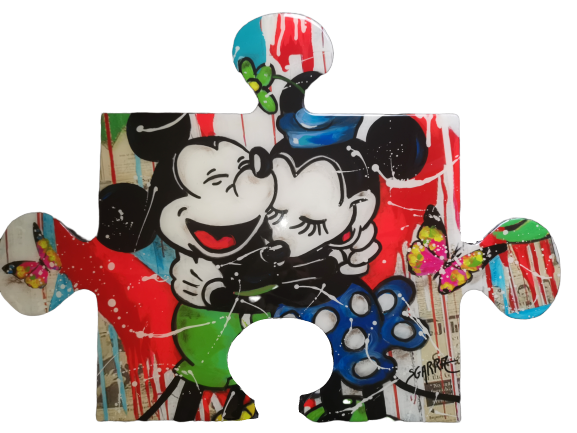 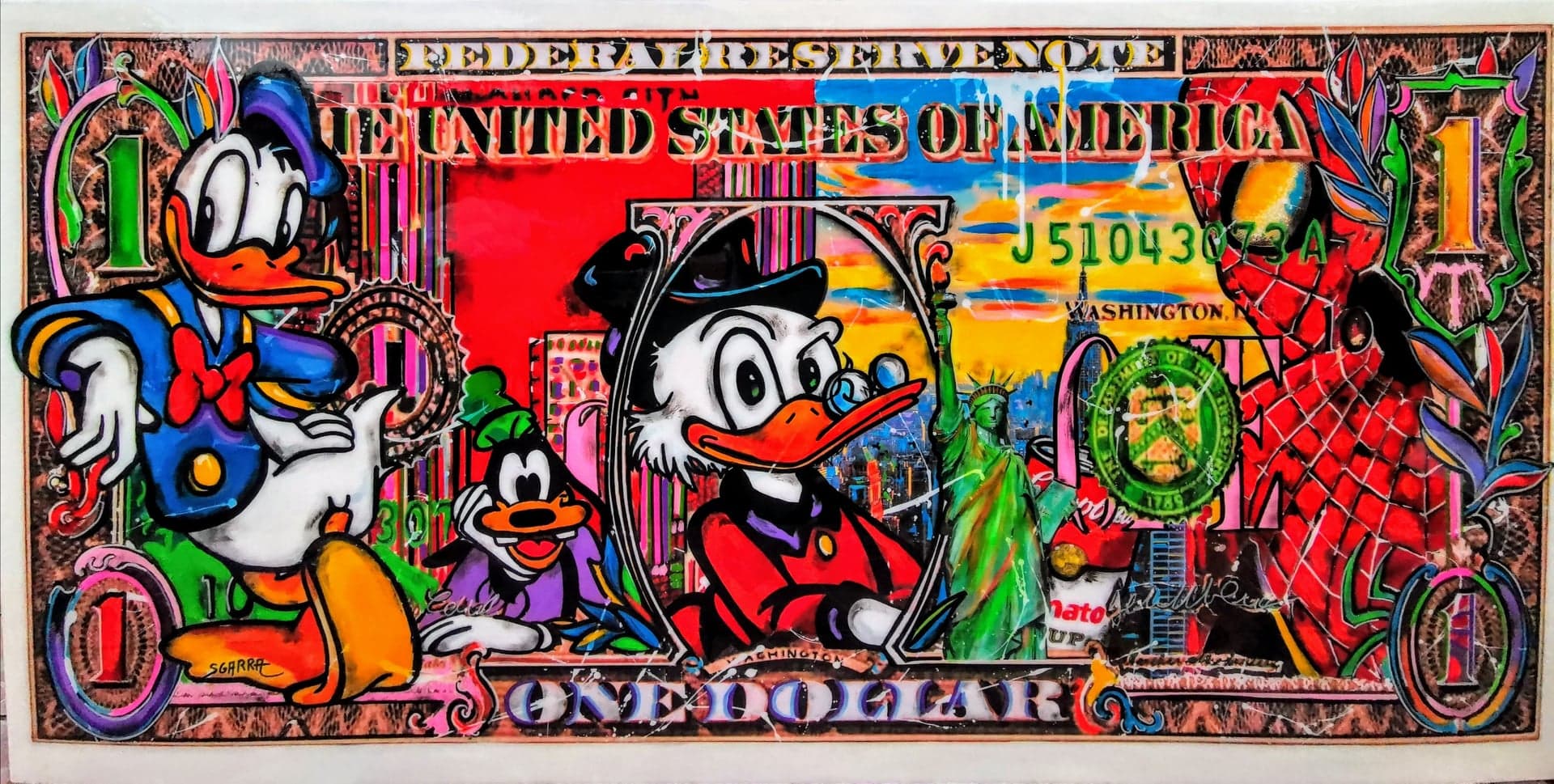 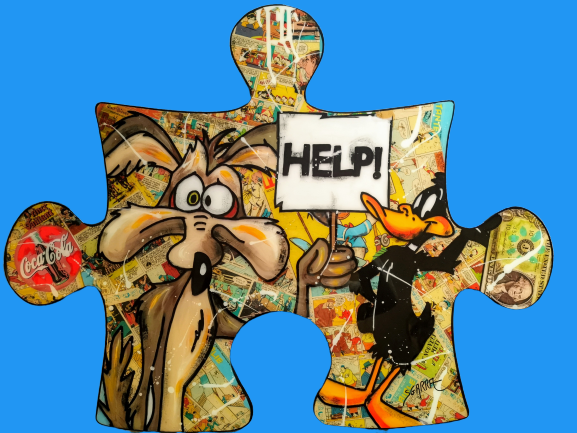 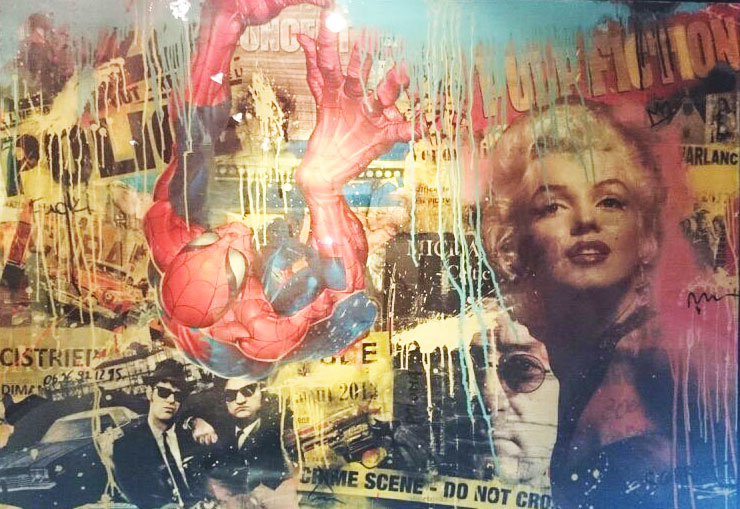 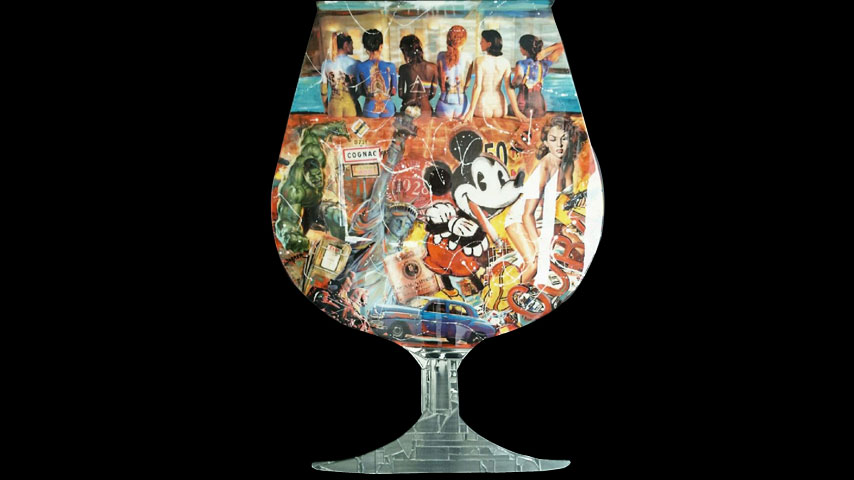 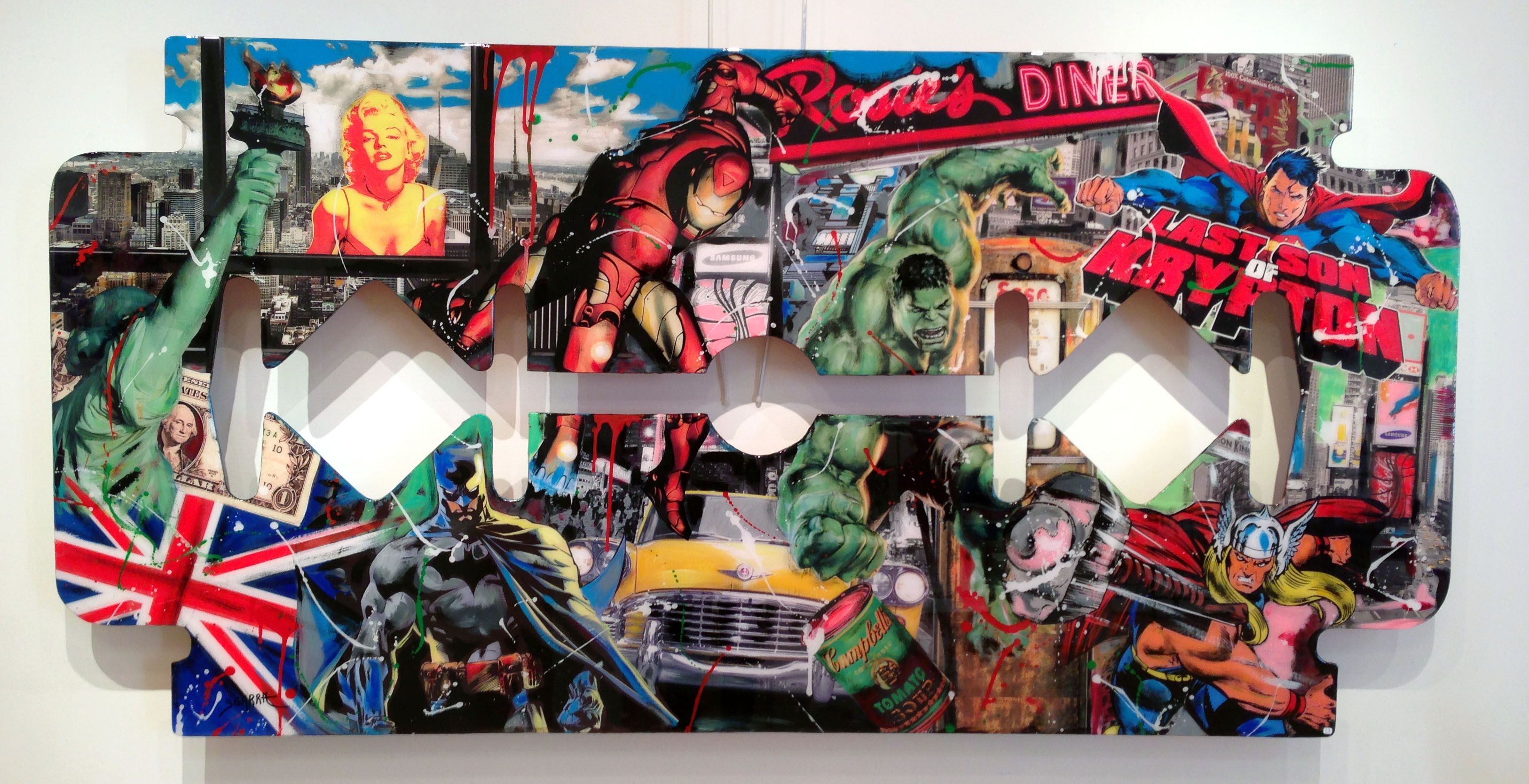