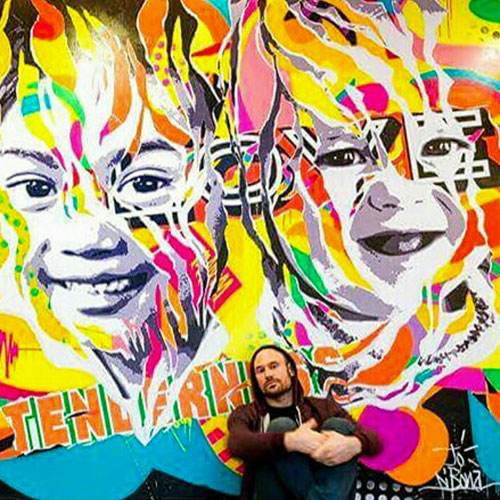 A new and emblematic figure in the Paris Street Art scene, Jo Di Bona owes his dazzling success to his unique technique, which he himself invented: Pop Graffiti, where he combines collages, various graffiti influences and the pop culture of which he is one. is deeply impregnated. Modern day Fauvists, Jo mixes colors and movements to create faces full of poetry, emotions and joie de vivre. In his works, Jo pays homage to the icons and great characters of the story with the same tenderness as the strangers passing by, nourished by the generous look he has on the human because "the most important in his eyes, 'is sharing' (Artist'up)

Crowned with the prestigious first graffiti prize of the EDF Foundation in 2014, Jo has been involved in international exhibitions, performances and wall murals. Of particular note is his immense work presented at the Paris Immigration Museum, his great walls in Paris and Loures Arte Publica in Lisbon, his presence alongside his gallery owners Virginie Barrou Planquart and Joel Knafo at international fairs in NY. , Miami, London, Hong Kong, Lausanne or Munich ... and his monumental works at the Street Art for Mankind exhibitions in New York and Miami in 2017.

Praised by the media, Jo has, among other things, been presented at the JT of France 2, M6 or in the TV show Télématin, made the cover of the magazines "Street Art Magazine" and "Paris Tonkar", was quoted by the site of reference Artsper among "the 10 artists to follow in 2016" and made the front page of the prestigious New York Times for its wall tribute to Little Cambodia.J is also one of the first Street Artists in the world to have entered the seat of the Nations United in New York in January 2017. 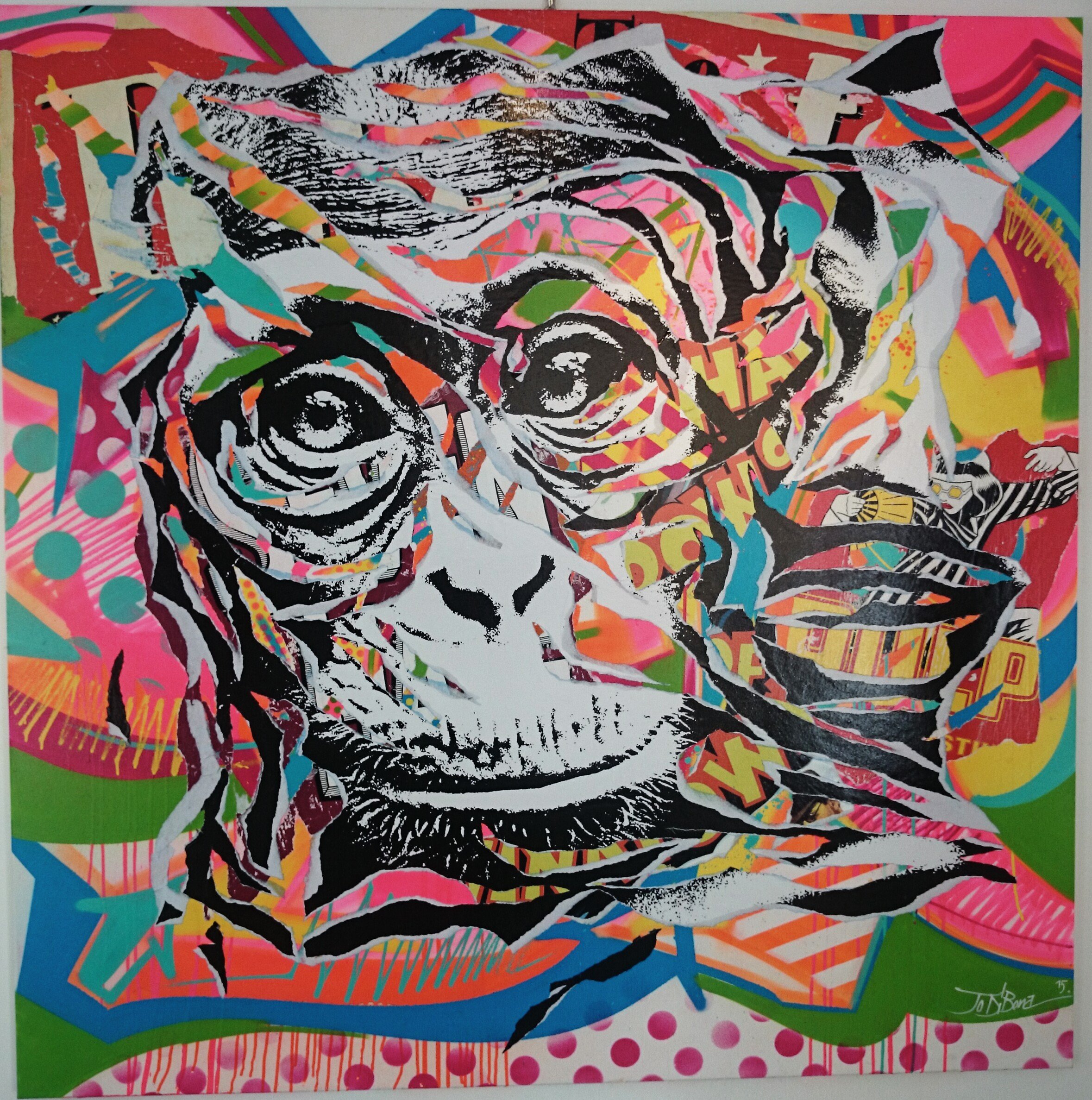 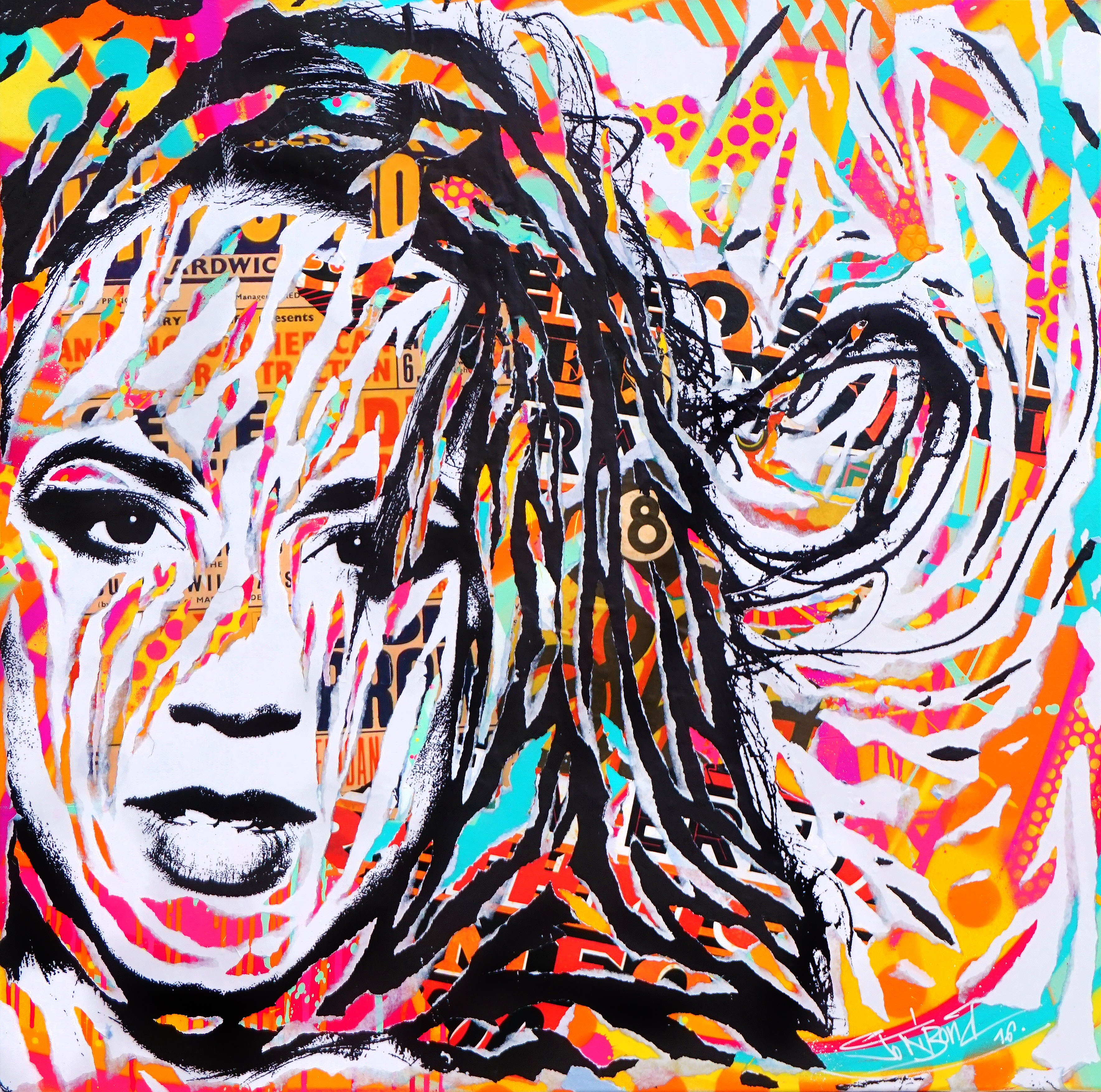